How to Keep Meditating When You’re Angry at Social Injustice 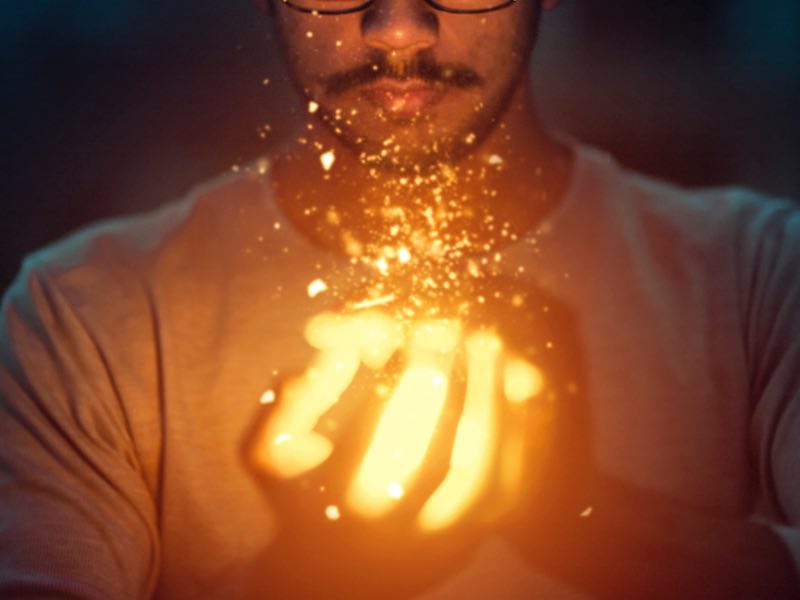 How do you keep meditating in the face of rage against injustice? It isn’t easy to consider anger and outrage in a meditation practice. Any meditation practice. And certainly not one in which you try to focus on universal love. I mean, who wants to love their enemy? Someone who destroys the values that you hold as important. No one, that’s who.

But are the benefits worth the effort?

The answer to every question is always love. I believe that, I know it to be true. But when you feel the breath of the enemy on your face, do you try to love them into backing down? No. You fight back.

Just make sure you stay clear on what the fight is and is not. And don’t end up being consumed by the fireball within you.

Did you know that there are Buddhist warriors? Not spiritual warriors. (I always wonder about that phrase anyway – the words “spiritual” and “warrior” do not sound to me like an easy match.) And I’m not talking about just the Sōhei warrior monks of ancient Japan. But actual Buddhist soldiers, fighting for their line in the sand.

Apparently not throwing anyone out of your heart doesn’t mean you can’t mow them down in battle. History is strewn with the bodies of the enemies of people with deep spiritual beliefs that seem, on paper, to be based in love. Just look around you. It’s everywhere. This is us, and humanity is flawed.

A spiritual belief doesn’t mean you can’t fight, or don’t fight. Often, it means that you do fight, to defend what you have faith is true and real. Even if you don’t pick the fight, the fight can pick you.

The trick, if there is a trick, is to use your rage as a fire inside you that compels you to action. Externalize that fire so that it doesn’t consume you instead. Keep hate at a minimum as best you can. It’s never your friend.

The Reality Is that the Rage Is Real

It’s very hard to write this post today, just 2 days after the overturn of Roe v Wade in my country by a Supreme Court that lacks any semblance of what that high office was intended to do. We knew it was coming, but the reality is still devastating.

And because I’m so angry, it’s very hard to tell others how to meditate just now. It feels disingenuous and…even deceitful. Clearly, I’m not alone in this anger, this outrage, this absolute disgust with the world right now. But my own anger often feels like that fireball in my solar plexus. When this happens, it prevents me from finding easy clarity and certainty and a sense of what steps to take next.

The reality is that those of us in the U.S. are experiencing a large and grotesque and outrageous battle.

Black Lives Matter grew out of the Civil Rights Movement colliding with the racist murders of black men and women at the hands of police officers across the nation.

Gay marriage is attacked constantly as though it’s not a right but some kind of usurped privilege with an agenda to subvert the sanctity of heterosexual marriage. (Has anyone actually looked at the divorce rate among heterosexuals over the past 100 years? Not so sacred, that institution.)

Families are having trouble feeding their children. In this wealthy and incredibly privileged nation, children starve to death.

Armed assailants crash into schools and places of worship to slaughter adults and children.

And now, after 50 years of protection, we’re once again back to battling the trampling and repression of a woman’s right to exist and control her own body.

How Can Meditation Possibly Help with This?

How can meditation help with the regressive, racist, homophobic, misogynistic wave of rage and repression rushing out into the world? A tsunami of hate and the desire to control? To literally kill?

And meditation can absolutely help us along the way. Not because it’s magical. But because it reminds us of who and what we really are. What we are capable of. What we need to do.

Today, when I tried to meditate, I just ended up sobbing. All the anger and frustration of a life filled with decades of fighting just…it got me down. I don’t think I felt better for crying, but once I got it out, I settled myself and tried again. It was an “okay” session. But I did it. Not because it made me feel better than I felt before my session. But because it’s important to do it anyway. It all contributes to me staying the course.

How about you? Are you struggling to stick to your meditation practice in the face of a social turmoil mixed with a sense of helplessness to fix anything?

For many, mindfulness meditation is a style that holds a lot of appeal. For good reason! But when the thoughts are angry thoughts, rather than “monkey mind” chatty nonsense, mindfulness can become especially challenging.

If mindfulness is your thing, or even if it’s not, here are some absolutely glorious metta phrases put together by my friend, Dr. Shelly Harrell. Metta is loving-kindness, a Buddhist practice of sending and receiving thoughts and intentions of love and compassion. I think Dr. Harrell’s metta phrases are terrific. In fact, Dr. Harrell is terrific – you’re going to love her.

If mindfulness isn’t your thing, or isn’t your thing right now, you could consider joining me in cosmic energy meditation. I attached a 5-minute chakra scan to this post in case you’d like to try cooling down quickly. (You’ll always find the same chakra scan at the bottom of every page of the QuietSelf website.)

If you’d like a little more than just this one 5-minute guided meditation, please consider signing up for a free membership by clicking this link.

When people first consider cosmic energy meditation, they think it’s going to be imaginative and fanciful. There’s actually very little imagination involved. There’s openness. Openness to being made aware of something I don’t already know, or have not already experienced. Openness to internal growth and change. Openness to guidance. And help. And when I catch a wave, and my guides fold me into their circle, I feel so much…love.

And that always reminds me to keep my priorities straight. To love and be loved. And to keep swimming towards the light.

I often include in emails the simple phrase “thanks for meditating”.

It’s not a throwaway statement. I really mean it.

The world always hinges on our will to continue. I’m human and my love is imperfect. Even so, and even though I’m not a Buddhist, I’m not throwing anybody out of my heart. Certainly not you, you superstar. And not even enemies of social justice.

Your commitment to externalizing the fireball of rage against injustice into progress and growth will evolve the future that humanity needs. Why the heck else are we here, living this human life? This is what we do.

If You Liked This Article, Find Others With Similar Topics